found on DA. Click on it to go to the one who made it. I don't own it.
Visitors, Please share this site with your friends and help us with Artwork, One-shots and Graphics. 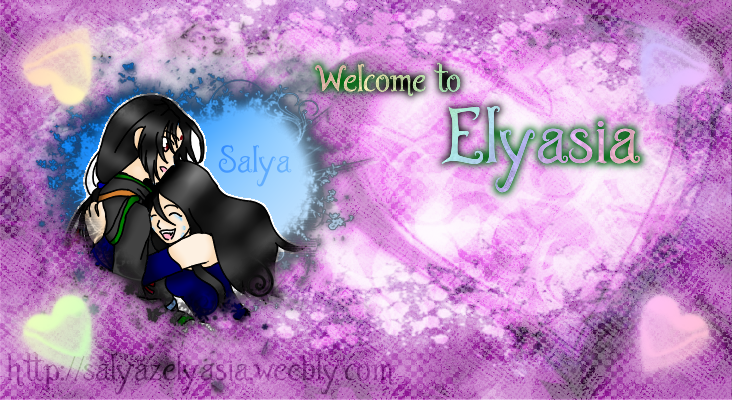 Elyasia is an original based Fanfiction written by Salya with help from others.
--
Elyasia is about a realm called Elyasia that ruled by two princesses. Years before Mira and Lyra became the rules of the lands, the realm was ruled by a male only for that to end with a 50 years of Dragon Wars. In short, Only two females can keep peace in this realm.

In this realm, you can find Dragons who live as humans(with long lives), demons of different kinds, Mages/Sages, Royal family, and more.
--
Elyasia's idea came from an old Fanfiction called Otherworld that was written by Lin. You will read some things alike Otherworld but a lot original. Please don't think we are stealing from that fanfic.

any AMV that has to do with the demons or any fandub used in this story. Feel free to make and send in AMVs you want to see here. I'll change AMVs once in a while when I find one that works.